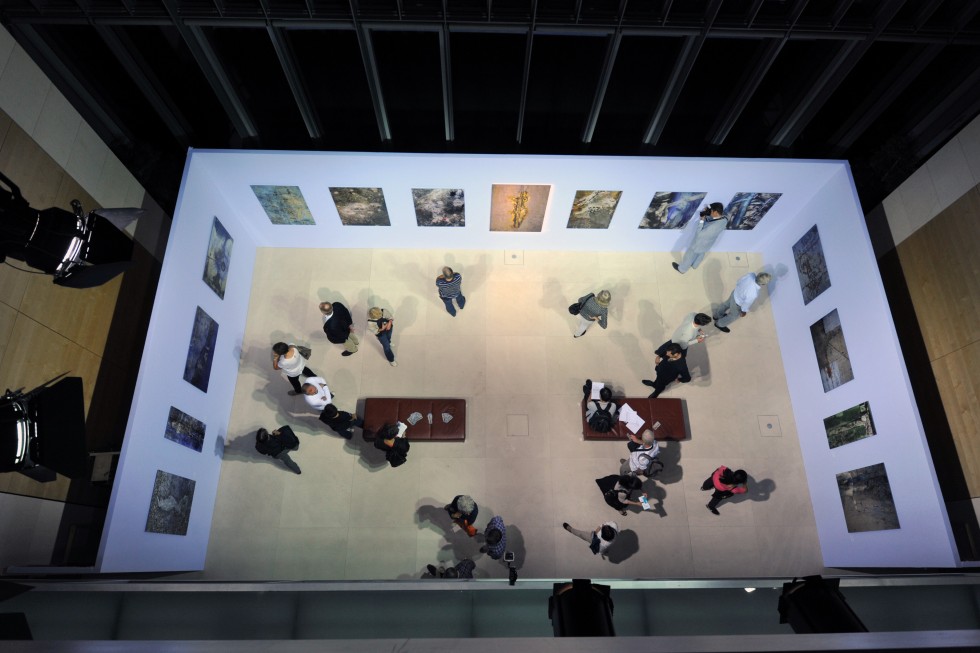 As part of the Berlin Long Night of Museums, the Bertelsmann Foundation presented the “Concrete Abstract” photography exhibition. The works by architect and photographer Antonio Reetz-Graudenz play with the perception of the viewer at the edge of abstract painting. What at first seem to resemble abstracts by Gerhard Richter or landscapes by Anselm Kiefer have in fact a quite realistic background. This is because the architect and
project director finds his motifs in real construction and engineering projects in and under the cities of Europe. Photographs from construction projects in central Vienna and Berlin (construction of subway line U5, Berliner Schloss palace) were on display in the photo exhibition in Bertelsmann’s Berlin offices. The exhibited photographs are textures in form and colour, which enable end-less room for interpretation through their complexity. This is because Reetz-Graudenz does not define his motifs; rather, he is the discoverer, who brings to light hidden beauty from unexpected sources. In this way, he creates unique images that stand alone at the transition point between photography and abstract art.

The exhibition took place in Bertelsmann’s capital city offices as part
of the 35th Long Night of Museums. The venue was the building’s con-
servatory at Unter den Linden 1 in Berlin’s historical centre. More than
4000 visitors enjoyed Reetz-Graudenz‘sworks immensely. Numerous
representatives from the media attended and reported on the exhibiti-
on. The annual Long Night event is a calling card for the Berlin cultural
scene.

Both media and public alike found the spatial interconnectivity of the
photographed motifs with the event location particularly appealing: The
U5 subway line, which is currently under construction, runs directly un-
der the Unter den Linden street. Performances and readings provided
an even deeper interaction between the performers, public and photo-
graphs. The works will be sold in an edition of 12 pieces. Bertelsmann
has already agreed to take three exhibition pieces.