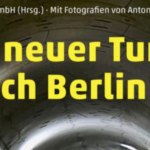 A new tunnel through Berlin 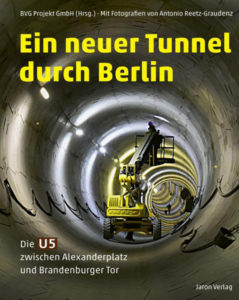 In 2020, Berlin will celebrate the completion of one of its most spectacular construction projects: the extension of underground line 5 between Alexanderplatz and Brandenburg Gate, right through the heart of the capital.
As early as 90 years ago, Ernst Reuter, then city councillor for transport, planned to extend the underground line E, which runs from Alexanderplatz towards the east, to the west. But the world economic crisis, the Nazi era and the division of Germany prevented the realisation of this project. It was not until 1994 that the plans were taken up: The line, now called U5, was to be extended to the main station, which was then under construction. Initially, however, only a “silent line” was built between the main station and the Brandenburg Gate, the U55. From 2010, the closing of the gap between Alexanderplatz and Brandenburg Gate was tackled. The new U5 is expected to carry 155,000 passengers daily, including to tourist magnets such as the Museum Island and the Humboldt Forum.

The unique illustrated book “Ein Tunnel durch Berlin” (A Tunnel through Berlin), published by BVG Projekt GmbH, documents the highly complicated undertaking of the underground construction. In twelve chapters, the reader gets a detailed insight into the construction process: from tunnel driving with the tunnel boring machine “Bärlinde” to the construction of the three new underground stations “Unter den Linden”, “Museumsinsel” and “Rotes Rathaus”.

The approximately 150 high-quality colour photographs by photographer and site manager Antonio Reetz-Graudenz offer a fascinating insight into the happenings around the construction sites. They are accompanied by short, informative texts by Dr. Stephanie Niehoff, spokesperson for BVG Projekt GmbH. Whether it’s the mining tunnel excavation under the protection of a huge underground body of ice or the construction of the U5 level in the “Unter den Linden” interchange station – in words and pictures, the large-format book tells everything that Berliners and visitors to the city want to know about the new U5.